The seminar is devoted to the idea of the Archive of Women’s Art, a project organised in collaboration between activists from the Frakcja Group, the Museum Research Centre of Muzeum Sztuki in Łódź and the Feminist Seminar.

The idea of the archive sits conveniently amid a range of international initiatives devoted to archiving women artists’ achievements, such as the German project Bildwechsel and the International Museum of Women in the US. The Virtual Archive of Women’s Art is the first initiative of its kind in Poland. Its establishment in the contemporary context, forty years after the pioneering period of feminist art in the West, invites many questions about the content and organisation of the project. These concern methods of selecting works and media, archiving methods, questions related to gender, Polish political and historical contexts. Also of note is the place from which the idea emerged: Łódź – city of the Modernist avant-garde, but also of women textile workers.

During the seminar we will discuss the content-related foundations of the archive and form a team of individuals and institutions interested in its establishment.

The idea to found the Virtual Archive of Women’s Art at Muzeum Sztuki in Łódź came in September 2016 as the result of Ewa Bloom Kwiatkowska’s collaboration with Bildwechsel, Kultur-und Medienzentrum für Frauen e.V., which archives and offers access to engaged art by women artists since the 1970s. In her presentation, Ewa Bloom Kwiatkowska will share her personal, positive reflection inspired by this experience and concluding an agreement with this organisation. She will present the initial concept of the Virtual Archive of Women’s Art project and potential trajectories of work on its implementation.

Presentation of the archive of Jadwiga Singer (1952–2008), which was found by Marika Kuźmicz in March 2018 after several years of research. It is currently being processed and edited by the Arton Foundation. The archive contains perhaps the most completely preserved body of video art in Poland stored on original carriers. Jadwiga Singer’s forgotten oeuvre unfortunately represents a glaring and common example of the situation of women artists in Poland, who are in fact deprived of any support, including institutional help. Processing Jadwiga Singer’s archive will perhaps allow for restoring the artist’s deserved place in Polish art history.

3) Katarzyna Lewandowska, Why Do We Need Women’s Freedom, Anyway?

On 13 April 2018, the CCA “Znaki Czasu” in Toruń inaugurated the exhibition “Why do we need freedom, anyway?”, curated by Wacław Kuczma, the institution’s director, and Jerzy Brukwicki alongside the CCA’s curatorial team. The show featured thirty-seven male artists and two artistic groups, also male (!), as well as ONE woman artist. Representatives of Toruń’s activist circles chose to voice their protest by addressing an open letter to the director, gathering signatures under a petition, and organising the performance Where Is/Where Are?. Katarzyna Lewandowska will present the next stages of this organised revolt, which still continues.

4) Karolina Majewska-Güde, What Ewa Partum made me do… Archive: Problem of the Feminist Method

Karolina Majewska-Güde will share her experiences of archiving the artistic practice of Ewa Partum. Since 2014, she has worked with history in the Archive and history of the Archive of Ewa Partum by reconstructing the subsequent stages of its development and spreading, but also moments of its transformation, that is moments when women researchers opened the Archive up.

The activity of the Lokal Sztuki Foundation and lokal_30 has for many years has centred on art created by women. Aside from exhibitions and working with artists, it concentrates heavily on publishing and documentation activities, which is why these efforts have been labelled as “active archive” by its organisers – an archive that is alive, constantly changing, and whose participants are its subjects at the same time.

6) Anka Leśniak (Frakcja Group), Women Artists for Women Artists! Why Do We Need an Archive of Women’s Art and Why Nobody Will Do It for Us?

The paper will present conclusions from Anka Leśniak’s two artistic and research projects: Fading Traces and Registered, based on oral histories of women artists who began their career in the 1970s and those who were born during that decade. The 1970s in the West became a period of intensive activity of feminist movements. In turn, feminist revolt and discourse could not develop in Poland under the country’s political and social regime. Even many years later, women artists were still reluctant to identify as feminists for fear of “typecasting” their work. Currently, on the tide of political developments, we are witnessing a consolidation of women from intellectual milieus, including artistic circles. Examples of such initiatives include the Frakcja women artists’ group and the Feminist Seminar. The paper will serve as an introduction to a discussion on the form of the Archive of Women’s Art.

Frakcja
Intergenerational group of women artists and art theorists, founded in 2016 in Łódź and operating under the Art and Documentation Association. Frakcja unites women artists working individually in the field of art at the intersection of such media as installation art, performance, video, painting, sculpture. The group’s goal is to popularise art created by women, both through group exhibitions of Frakcja’s members as well as meetings and discussions concerning women’s presence in the field of visual arts. The group takes interest in the questions of feminism, site-specific activities, popularisation of women’s art, among other topics. Members: Justyna Apolinarzak, Ewa Bloom Kwiatkowska, Monika Czarska, Ola Kozioł, Alicja Kujawska, Roksana Kularska-Król, Anka Leśniak, Izabela Maciejewska, Beata Marcinkowska, Aurelia Mandziuk, Marta Ostajewska.

Feminist Seminar
Discussion group initiated by Agata Jakubowska, Anka Leśniak, Agnieszka Rayzacher and Magda Ujma. It was founded as a platform of cyclical meetings serving to examine selected phenomena in culture and arts in the context of feminist interpretations. Another reason was to circulate information about initiatives devoted to feminism and art, and to support these initiatives by debating them. The Seminar takes interest in currently created theoretical and artistic works at different development stages as well as topics related to the history of modern and contemporary art, but also current artistic, curatorial and critical practices. The Seminar is usually convened every two months at lokal_30 in Warsaw, but off-site sessions are also organised.

Museum Research Centre of Muzeum Sztuki in Łódź
The Museum Research Centre, run by Marta Madejska and Agnieszka Pindera, serves as a catalyst of the Museum’s research activity. It maintains content-related and organisational collaboration with other Museum departments and supports their research activities. However, the Museum Research Centre in and of itself is primarily a unit devised as a centre for scholarly reflection – both theoretical and analytical – on key problems and concepts of 20th century and contemporary art. The Centre seeks to recognise the most important theoretical contexts relevant to the reception and interpretation of art and its institutions in the light of current social and cultural transformations. 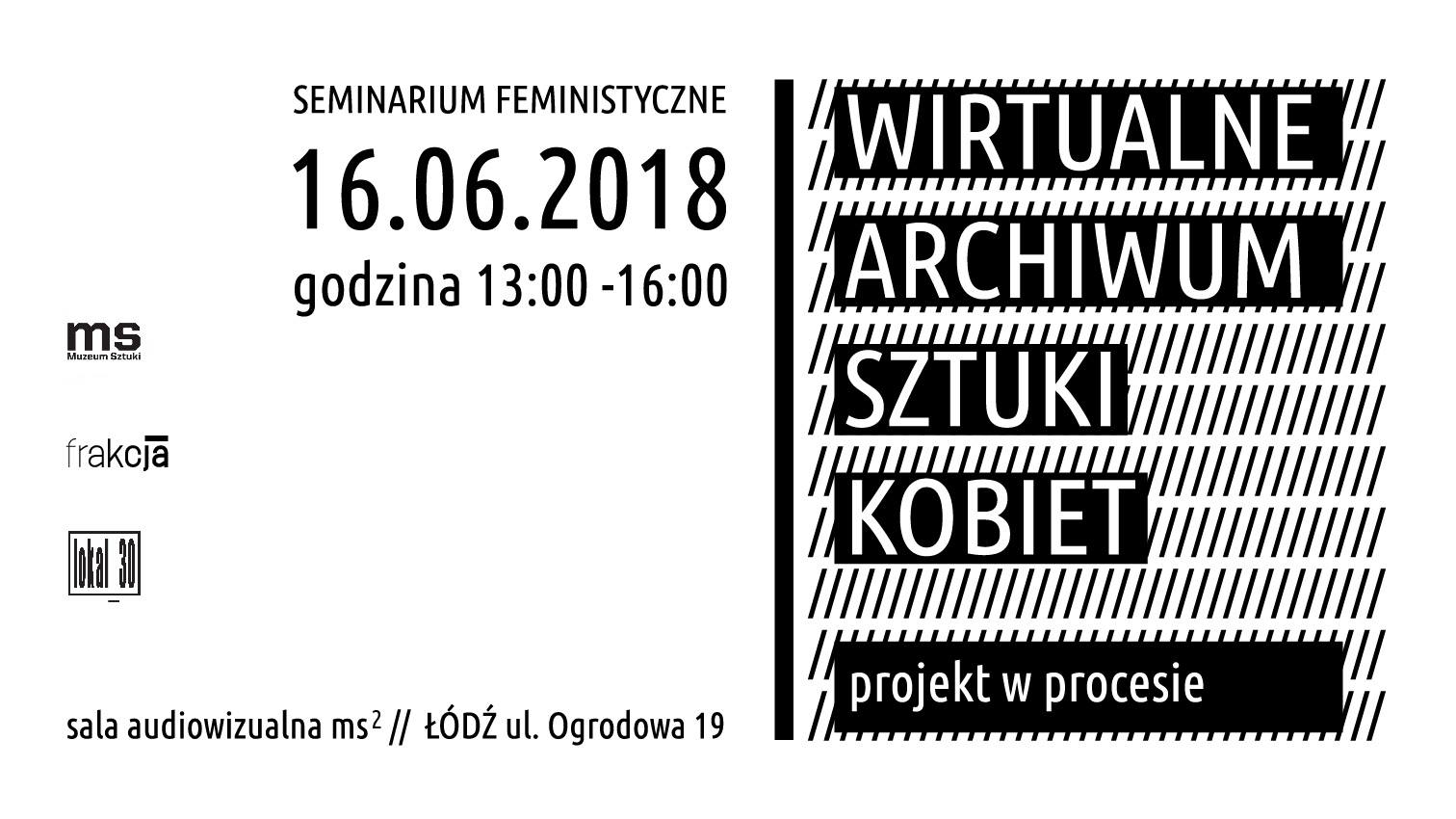